However, either because of the Spring War or another event in the past, the three deities disappeared from Derkarr and abandoned their springs. As a result, the Springs of Marii and Morell have dried up, and the lands around them have slowly withered out and died. The villages in their domain have suffered greatly with famine and poverty without the deities' power to sustain the land. However, in this time of crisis, Shubeth Village, which remains prosperous, refuses to aid the other countries and forces them to pay large tribute for aid.

Hover over a blue location on the map to see its name. (Only possible on desktop version.) 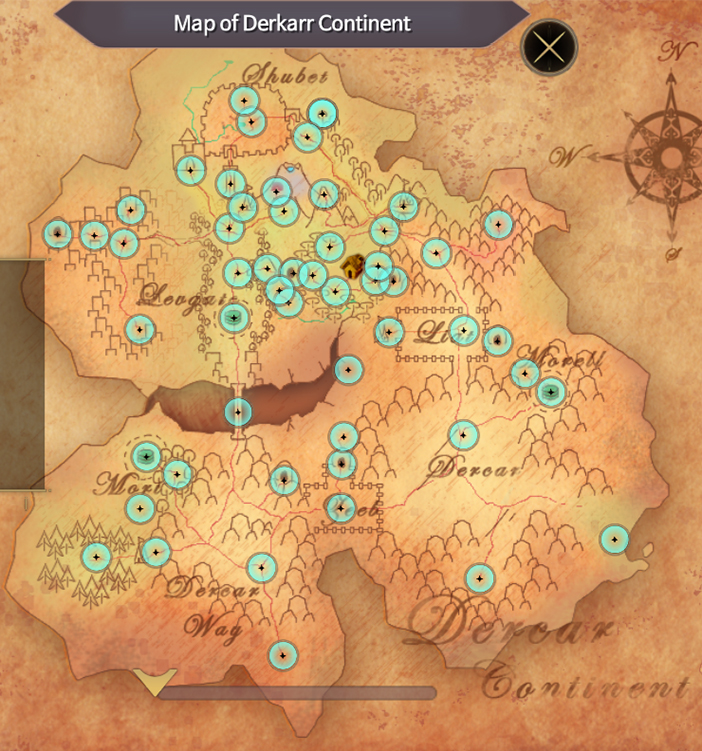 Retrieved from "https://witch-spring.fandom.com/wiki/Derkarr?oldid=7545"
Community content is available under CC-BY-SA unless otherwise noted.